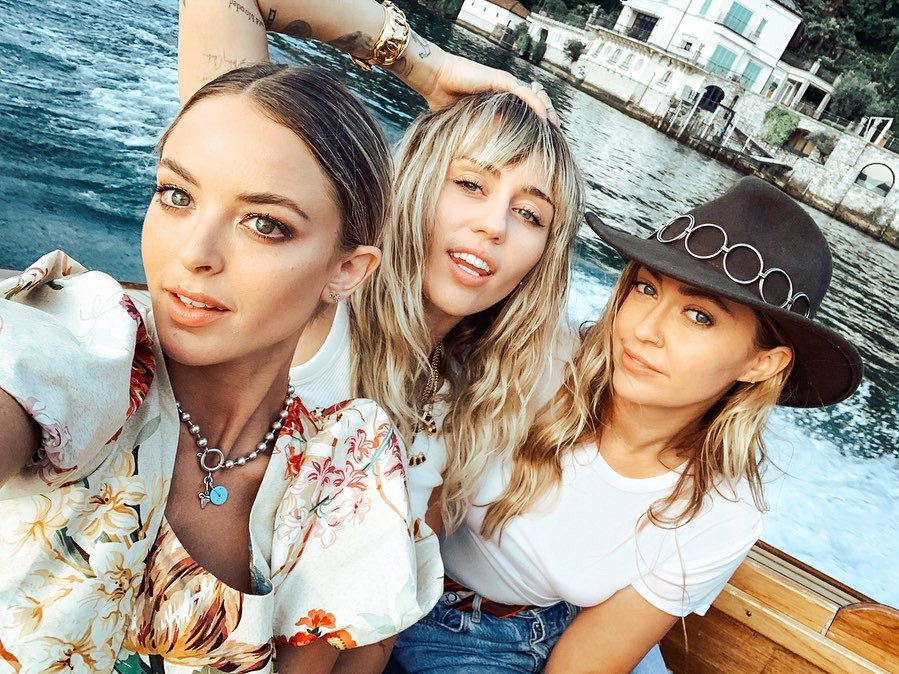 Who said exes can’t be friends?

It’s been exactly a week since Brody Jenner and Kaitlynn Carter announced that they were parting ways after a year of marriage. Since then, it’s been pretty much sooth sailing for the new singles. Brody has been chilling in Los Angeles, while Kaitlynn appears to be living the single life on vacation with Brandi and Miley Cyrus in Lake Como, Italy.

But perhaps there is some truth to that saying, “Distance makes the heart grow fonder.” Case and point: Brody commented on one of Kaitlynn’s numerous vacay pics, “Hot girl summer [flame emoji].” In the photo, Kaitlynn takes a flattering selfie of her and Miley, who is wearing a chic one-piece bathing suit from Chanel. Miley also wears glam jewelry which is likely designer too. So, perhaps Brody is simply making an observation?

Either way his comment drew attention from followers and observers, since he did split from Kaitlynn quite recently.

In a statement from the celebrities’ rep, they stated, “Brody Jenner & Kaitlynn Carter have decided to amicably separate. They love and respect one another, and know that this is the best decision for their relationship moving forward.”

A source previously told E! News that Kaitlynn had already moved out of their formerly shared Malibu home prior to news of their breakup. Moreover, the source revealed that there will be no sticky divorce process since they only exchanged vows and never legally married.

Fans first began to suspect that their “marriage” was on the rocks when The Hills: New Beginnings began revealing the issues taking place between the pair. In one episode, Kaitlynn confronts Brody after learning that he claimed they were in an “open” relationship. In response, Brody simply told the cameras, “While I don’t have kids I’m gonna pretty much do what I wanna do and live for myself, as opposed to live for another human being.”

Now he can live for himself as a single man.

Don’t miss E! News every weeknight at 7, only on E!

Kate Middleton Opens Up About Motherhood In a

‘No schadenfreude will be had’: Biden coasts as opponents face firing squad